‘Frame of Co-existence’ in Chania, Crete 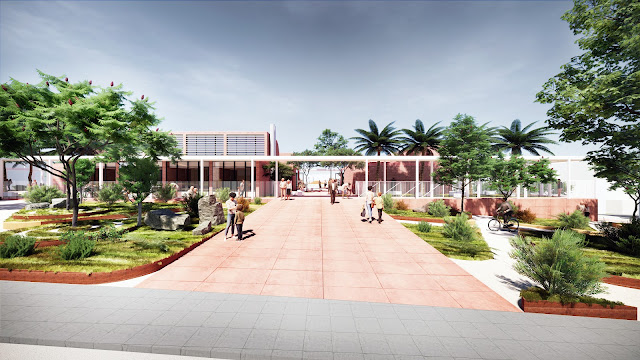 The ‘’framework of coexistence’’ refers to the urbanity and synergy that is created when two or more different programmatic entities are called to socially and spatially synchronize. This is exactly the purpose of our proposal for a modern public building that respects the context on the one hand and on the other makes a statement about how a sensitive public program can be supported by a neighborhood park and vice versa. The physical frame binds the buildings and their courtyards together into a unified cluster while it defines the edge of the park and serves as its porous background. The momentum of the city culminates at the neighborhood park and the building infrastructure comes to enrich this relationship through its materiality, connections and architectural expression. 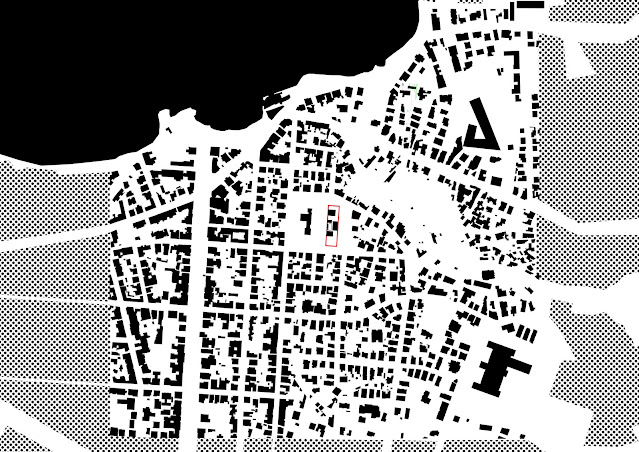 The two different programs of the building, namely the nursery school and the daycare centre for the elderly, occupy two independent masses but share the same common entrance area which connects them and offers a space for grandparents to meet their grandchildren. The porous frame surrounding the low building complex with courtyards and green areas functions as a ‘’stoa’’ or a canopy: a linear element of public space that symbolizes embrace, security and the fluidity between the public outdoor area of the park and the private indoor environment of the buildings.  The materials used in the construction of the building are inspired by the nature and morphology of the volcanic Cretan soil. Thus, the exposed concrete of the structure contains red pigment and through its ‘’sweet brutalism’’ aims to create a pleasant and playful atmosphere for everyday life. 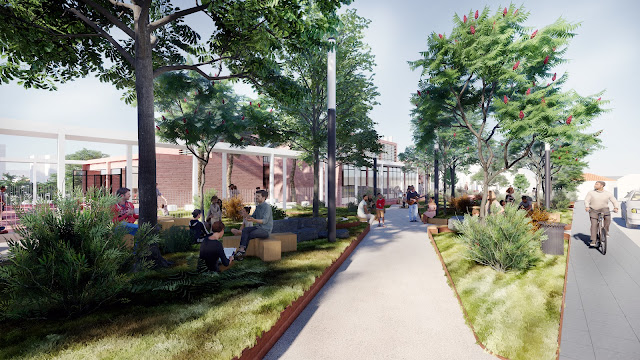 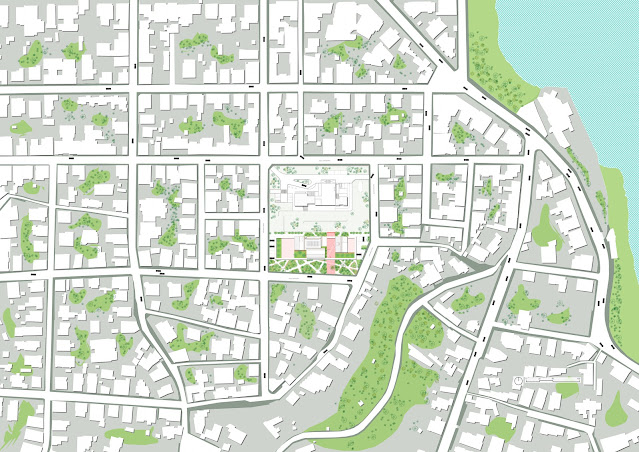 The landscape design of the park refers to the Cretan micro-environments where there are no spaces that are the same. Connecting to the urban fabric and adopting to the climate of Amberia, the system of intersecting paths generates green “islands” that seem to float together, always keeping the same distance between them. Thus, the new building looks like it is floating in the green archipelago, creating a dialogue with the park and at the same time keeping the necessary distance from it. The park is independent and becomes a new meeting and reference point for the neighbourhood. 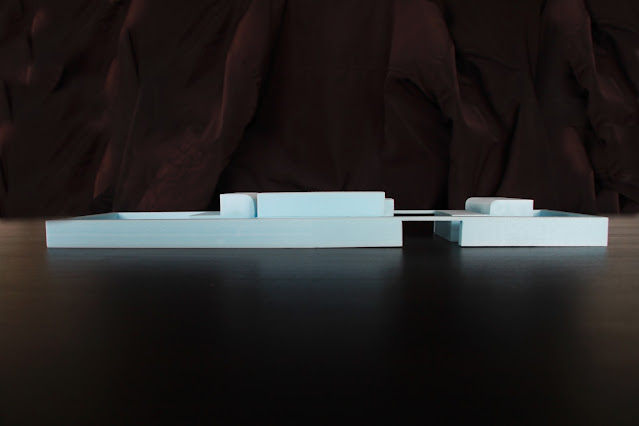 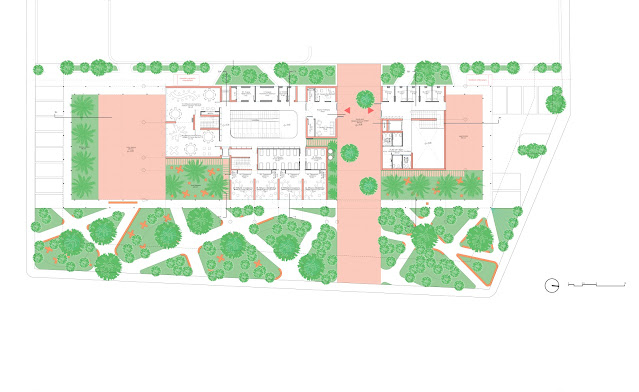 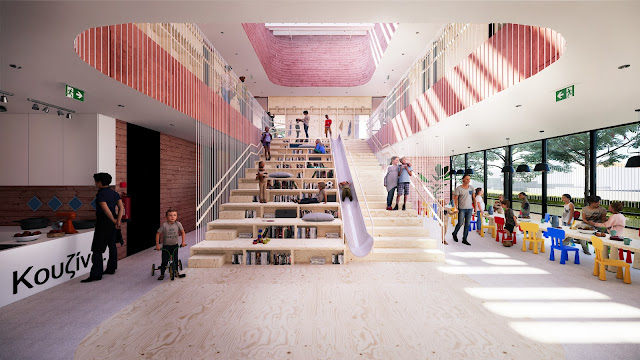 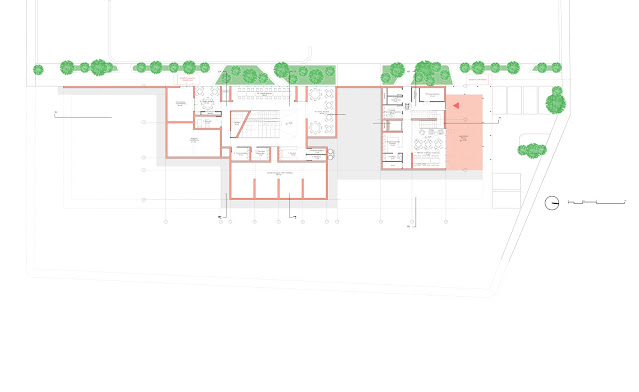 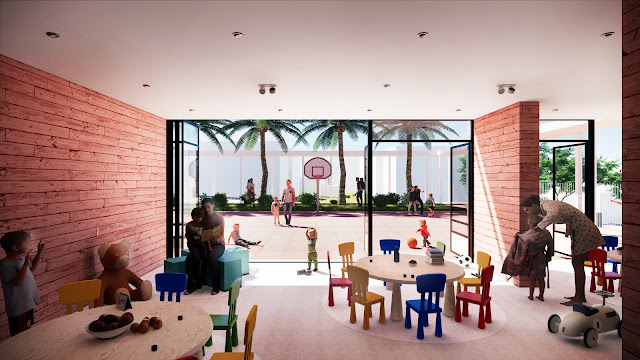 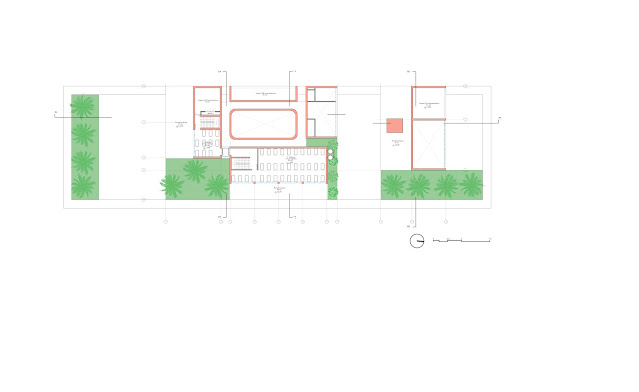 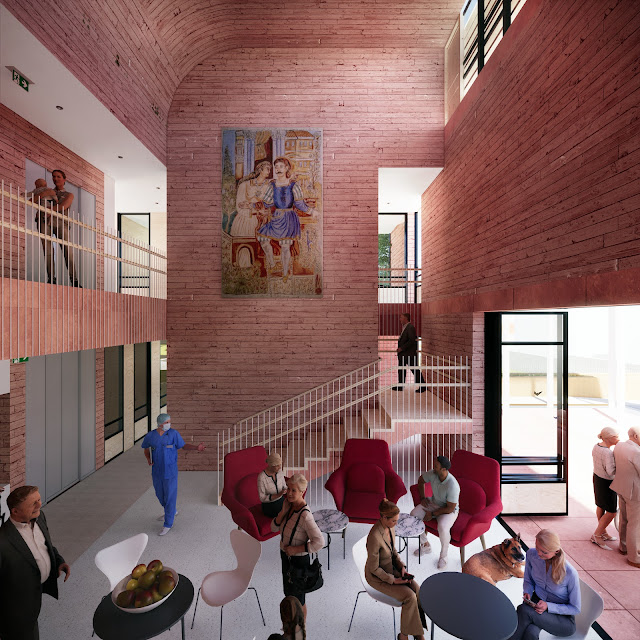 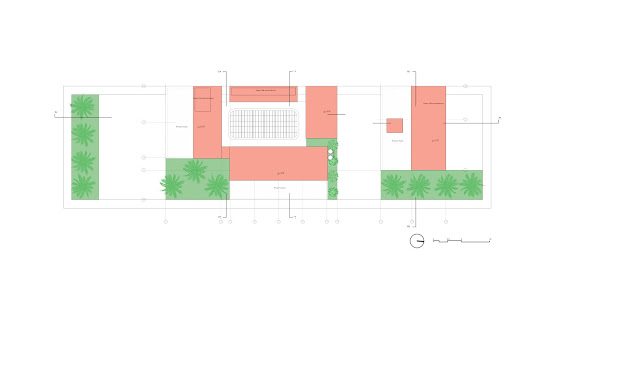 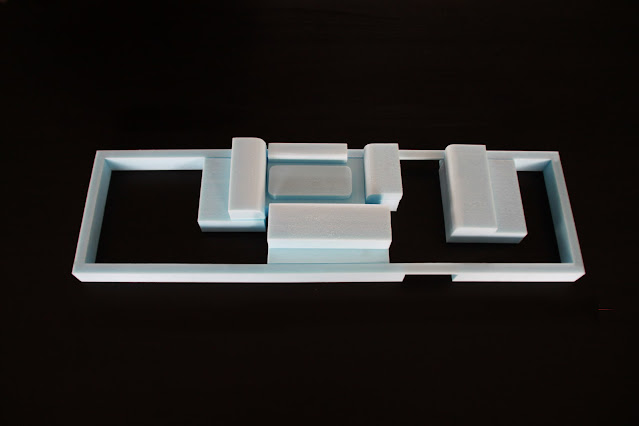 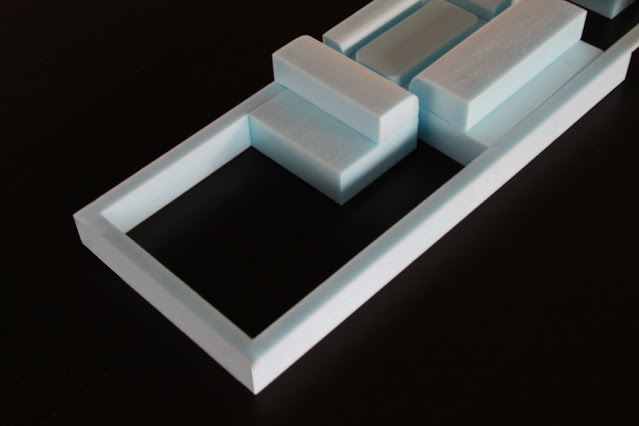 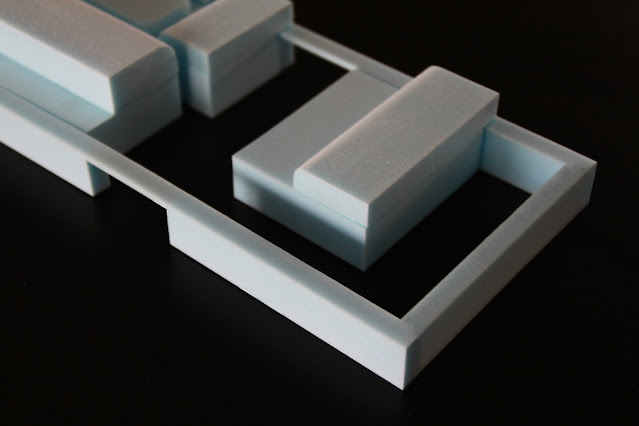