CONCEPT
The composition of the tower’ s facades aims to provide a new dynamic and contemporary profile, which makes it a recognizable symbol of the port of Piraeus and transform it into a public attraction inspiring liveliness and activity. Borrowing esthetic elements from the shipbuilding and incorporating them functionally into its facades, the tower seems a ship sailing towards the sea and crossing the ‘’waves’’ that cover the large roof of the fourth floor. Escaping the boundaries of a typical office building, the tower aspires to welcome the citizens of Piraeus offering them different locations and a wide variety of uses, in order to provide them great experiences of public space. This purpose is reflected on the three aesthetically separated floors, which symbolically divide the tower and accomodate spaces of multiple uses, such as expositions and other cultural events. The horizontal white and dark blue colored stripes on the two large elevations draft the motion of the ships entering and leaving the harbor, while the outcome of the emergency staircase functions and looks like a ship funnel. 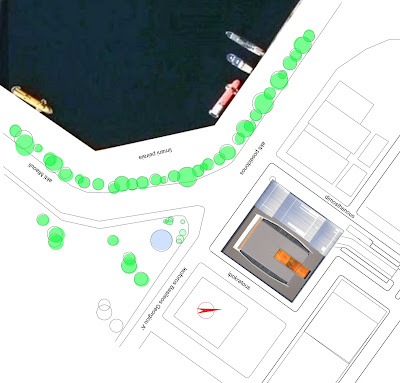 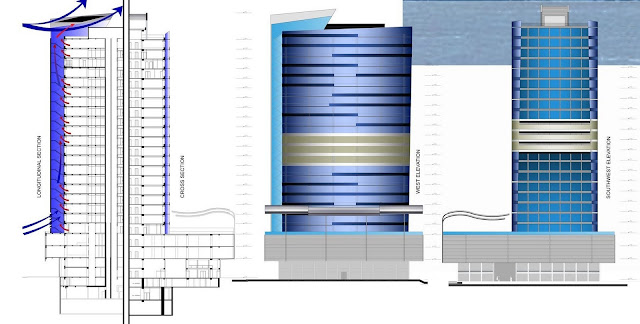 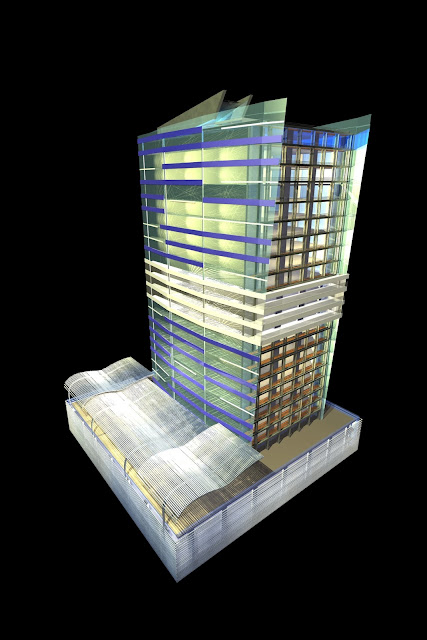 STRUCTURE AND MATERIALS
The structure of the facades is composed of one inner and outer surface divided on every level, that can open and close satisfying the desire for the creation of a façade made whole of glass, while in the same time contributes in the decrement of the building’ s energy consumption. Therefore, a bioclimatic approach is attempted including two double skin facades on the two main elevations of the tower, which provide shading and control the natural heating and cooling of the interior spaces, whereas photovoltaic panels Teflon ®  Films (DuPont) are applied on their outer sides. On the south smaller elevation is set a steel orthogonical grid which contains elongated flower boxes appropriate for climbing plants with blooms, in order to compose a fine organized green façade.  DuPont’ s  SentryGlas® interlayers material is selected for the glazing of the facades.  In addition, the exterior emergency staircase, which is placed on the north elevation of the building, is not only incorporated aesthetically but also practically. Designed in a special way so it can function like a grand chimney, it collects the hot air from every level of the tower, sending it on the top, thus taking advantage of the wind currents that run over the aerodynamic outcome of the staircase. 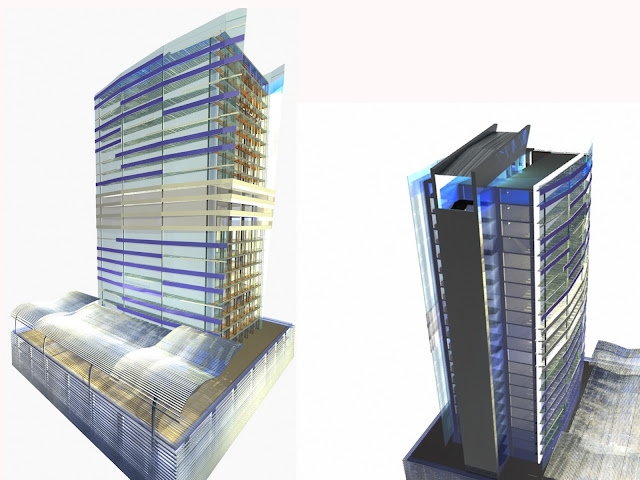 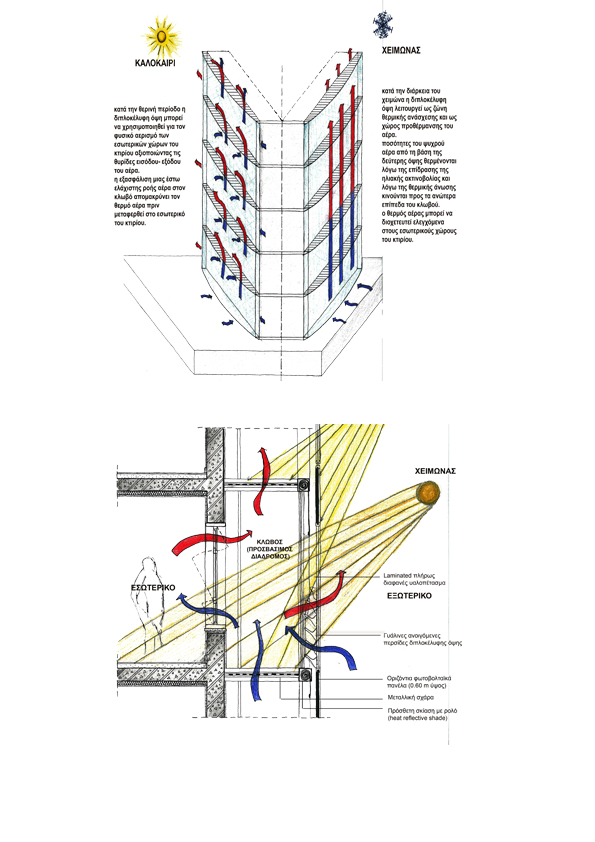 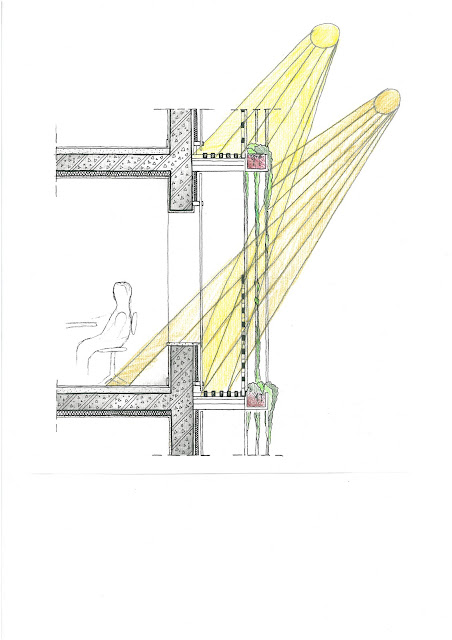